On Monday the 9th June 2014 the world was saddened to hear that the much loved wacky comedian Rik Mayall had died. I was stunned. How could this be possible? I was shocked to the core; he was so young, (only 56 years old). I thought about him all night. I had practically grown up with Rik on my TV screen and I realised he would be a great loss to the world of comedy. Rik had contributed so much laughter throughout my life that I decided I wanted to write some kind of tribute to him. I basically wished to show my appreciation for all the side splitting, mind blowing, rib tickling and humorous moments he had shared with me over the years.

I first saw Rik when I was just a teenager. He was in a British sitcom called ‘The Young Ones’ and it first aired way back in 1982. I’d not long left school and found all the rascals highly hilarious. The group of tearaways’ were totally bonkers! There was Neil with his ‘hole in his shoe’, Vyvyan busy vandalising everything in sight with a hammer – including himself, Mike who always seemed quite ordinary to me and then there was Rick … He was portrayed as the weak, pathetic creep with the spotty face, stupid grin and the infamous rat’s tails.

His rise to stardom started when most of the cast had found popularity at the Comedy Store. Alexei Sayle was the prominent act at that time, drawing attention to the crazy compere Adrian (Ade) Edmonson and the rather aggressive Rik Mayall. The Young Ones was written by Rik, his then girlfriend and Ben Elton.

Whilst the series was enjoying growing popularity, Cliff Richard agreed for the group to sing one of his well known songs ‘Living Doll’. Of course as I teenager, I really enjoyed the fact that the Young Ones were taking the micky out of Cliff but at the same time I loved what they had done to make the song a hit yet again. ‘Living Doll’ By ‘The Young Ones’ is fun to watch and epitomises the misfits perfectly. If you’re ever feeling down, just watch this video and I promise you it will make you laugh. It was defiantly a huge hit back in the day and said to be ‘a popular record with retards thrown in!’

This version includes the infamous line– Completely Ready When You Are Shaky! (referring to the singer -Shaking Stevens) and a line which I still use today much to the despair of the younger generation.

‘Living Doll’ By ‘The Young Ones’ Music Clip

Rik’s career flourished and he made a grand entrance in Blackadder Goes Forth in 1989 as Lord Flashheart – Whoof!

Watch this clip and I promise you it will make you split your sides with laughter!

There are those who say that some of Rik’s best quotes came as fictional MP Alan B’stard in satirical sitcom The New Statesman:

“You know the really great thing about a fudged Coalition is that neither of us need to carry out a single promise of our election manifestos!”

He was funny, witty and a damn right genius when it came to his writing ability.

Many of you may remember Rik for starring as Richard ‘Richie’ Richard in Bottom, the slapstick comedy he created with Ade Edmondson in the early Nineties and of course who can forget the film Drop Dead Fred.

I have to admit, just writing this blog about Rik makes me realise, once again, just what a truly talented man he really was. His eccentric, unpredictable and downright shocking humour made Rik stand out from the crowd.

RIP Rik Mayall,  undoubtedly you and your amazing talent will be sorely missed by everyone. 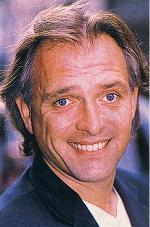